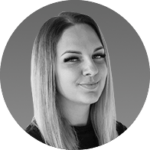 The battles between programming languages and frameworks never stop. Everyone wants to know which technology is best for writing code and producing robust, pixel-perfect mobile applications. You probably can guess that there is no right answer to the question: which of software development technologies is the best? That’s because they have different purposes and diverse functionalities. Their main goal is to deliver applications that work fast, look good and offer everything that the potential user would need.

Despite that, we will compare Swift vs Dart today. Why? Because there’s nothing terrible in acknowledging the benefits and drawbacks of a framework or a programming language to determine what kind of projects they can prove themselves at. There is no “one size fits all” solution, but there are times when one choice will be much better than the other.

Let’s dive into the world of iOS development and find out how Swift and Dart fit into it.

The difference between Dart and Swift

In app development, we can go many different ways to achieve success. Each of them can be slightly (or even significantly) varied. Here’s a short description of Dart and Swift so you can understand what they actually are and what are their main characteristics.

Swift is a programming language developed by Apple dedicated to native iOS app development. It was released in 2014 and it became extremely popular, deposing Objective-C as the leading technology for building native iOS apps.

Swift is well-known for its innovative approach, speed of coding and thorough documentation. It is destined to provide security and high-performance rates for every piece of software it is used for – because it is not dedicated only to mobile app development. Swift can be used for web, desktop and server apps, too. Every piece of hardware that has an operating system from Apple – like TVs, watches and iPads – uses software coded in Swift.

The primary environment used for native iOS app development with Swift is XCode. Building software using Swift is claimed to be simple, fast and based on software development patterns that are known and loved by the community.

Dart is a multi-platform language released by Google in 2011. It can be used to build Android and iOS applications with just one codebase. This mobile SDK (software development kit) is also becoming one of the mainstream technologies when it comes to mobile app development. That’s because cross-platform programming gets appreciated by developers and their clients alike.

The primary environment for Dart is called Flutter The whole coding process is based on widgets that are compatible with each other. They are used in building reliable, eye-pleasing user interfaces. The community also praises the documentation for being well-written and detailed.

Dart apps can give a native-like feeling for both Android and iOS with just one code – so it saves development time and can cost less than building separate native apps for both iOS and Android.

Dart vs Swift – which one is easier to learn?

To really compare two technologies or frameworks, we need to find out how easily developers can adapt them. This way, we can tell if becoming a Swift developer or Dart developer requires the same amount of time and effort.

Apple claims that Swift is a programming language that is easy to learn. There are many different opinions, but to be fair – learning Swift gives the developer a solid base for coding native iOS apps. This type of specialization can be beneficial for some types of projects that require native iOS development. It is worth to mention, that there are games that teach kids (but not only!) how to develop iOS apps – an example could be Playground. If you would like to learn Swift, give it a try. That is the basic method to start programming on an easy level.

With Flutter, we get a toolkit that allows us to build iOS and Android apps simultaneously. Since lots of software house clients are looking for quick time-to-market and their budgets are not always suitable for separate native mobile apps – Dart can offer a significant advantage.

Answering the question about the learning process is not that easy because Swift and Dart are entirely different languages. Each of them has their own rules of coding, uses various techniques and additional tools and is destined for slightly different types of projects.

For some developers, Swift be the method they choose when building an iOS application. For others, Dart can become “the one”. Especially since it allows cross-platform development, which can be useful in many mobile app development projects.

Many articles compare iOS app development using the same app made with Swift and Dart. They take lots of factors into consideration to find out what are the differences in iOS development using these two technologies. Let’s see if Dart and Swift have any common attributes and where do they diverge most.

The first step to start building an iOS app is the onboarding process. That means installing an IDE (integrated development environment) program that will provide an SDK (software development kit) for us to begin coding.

For Swift, that would be mentioned XCode, which needs to be installed on the macOS device. That’s the only tool we need for essential native iOS development with Swift.

Dart requires a much bigger toolkit. We use XCode, and an IDE like Intellij IDEA or Android Studio and a Mac device to make a Dart binary that we will use to code.

Swift requires fewer tools than Dart, but according to itCraft developers  that are working on a native iOS app projects, both are pretty easy to configure. It depends on the preferences.

Testing a Dart app and Swift app is much different, but both options are effective and have a solid base.

When it comes to Dart, it has its own testing system that allows us to create many types of tests – including UI and functional level tests. The developer can write their own tests that will be performed by Dart driver.

In Swift, testing native iOS apps is simple. It has its own testing framework called XCTest that allows us to perform tests of UI modules, integration, performance and much more.

Both technologies offer excellent testing environments to provide advanced documentation and as an outcome – an iOS app that delivers.

Development time (meaning the time needed to create the app file) might be one of the most critical factors for both developers and clients. In this case, usually clean builds (without derived data and incremental builds) are compared to determine if Swift or Dart is faster. Improved development time means lower costs and a better time-to-market for a new project.

Each Swift and Dart have their respective commands to measure the development time of clean build. The best way to do that is to use XCode that is used in both technologies to develop native iOS apps.

Native tools like Swift are always considered faster when it comes to native app development. These claims are not wrong. For Swift, it takes a dozen seconds to make a clean build, while for Dart, that is several dozens. But it is worth to mention, that additional Dart build will take less time as the framework speeds up after the initial clean build.

Also, it is worth mentioning that build time is critical for big projects – because for them it usually takes tens of minutes to build the app file.

Adding new features to an iOS app requires the process of reloading and testing it with a device or a simulator. This way, the developer can evaluate the code and see how the changes influence the whole app. It’s one of the main steps in app development.

In native iOS app development with Swift, changing one feature like button name required renaming the interface part and rebuilding code to test if the change is reflected within the app when running it on a simulator or a device. It usually took up to 12 seconds. Now SwiftUI allows hot reloads and we can also use non-native solutions like InjectionIII to quickly add new functionalities.

Profiling measures the performance of an iOS app. It focuses on memory, CPU and resources. Native tools are not the only ones that offer promising profiling when it comes to iOS development. Dart is also stable in that matter.

In Swift, we can use XCode, which offers a tool that allows the analysis of the iOS app using available criteria. There are several templates used for different profiling tests – for example, Time Profiler will enable us to measure CPU threads by clicking the button multiple times.

Although profiling time depends on the app itself, usually native tools are faster at this task.

iOS app development requires integration for speeding up the process of building an app.

iOS apps written with Swift can use the MacOS devices with installed XCode – like XServer or Jenkins – to integrate regularly. Dart app integration is based on Nevercode that uses Codemagic CI/CD tool to make the integration seamless.

App accessibility is an important subject. In iOS development that refers to iOS apps with user experience facilitation for people with disabilities. Each mobile app should be accessible for everybody, so Dart and Swift need to support these functionalities.

Accessibility support is much better within Swift than Dart apps. iOS native owns a UIKit that has these features built-in, so developing them is simple. Dart documentation recommends using XCode’s Accessibility Inspector to provide it, but it doesn’t have any internal support for these features whatsoever.

The final comparing ground is the size of the final result. Dart iOS apps tend to more massive when it comes to size. That’s due to the size of the Dart engine that doesn’t allow to create apps that are smaller than a particular value. So if, for some reason, the weight of our app matters, we should definitely approach native Swift development.

Is Dart better than Swift?

So should we pick Dart or Swift when our goal is to develop an iOS app? There is no obvious answer to that. Although native solution tends to showcase many advantages, Dart will be the best choice when we want to create a product for more platforms – so besides iOS app, we want an Android app.

There’s still a chance that Flutter will be growing and improving with time, as it is still quite a new framework. Its benefits when it comes to cross-platform development are undeniable and ignoring it as an app development tool would be a huge mistake.

iOS apps can be created in many ways – an experienced software house will always propose the best solution depending on project requirements, the size of it and the time and budget that we can offer. At itCraft, we create native iOS apps, as well as Flutter apps that deliver desired results and support business growth no matter if you are a startup or a big enterprise.

We encourage you to contact us so we can discuss your next iOS project. We use Dart / Flutter, Swift, React Native and many other innovative technologies that follow current trends when it comes to mobile development. The key to success is a team of professionals that understand goals and pains related to your business. Let’s work together!

What is blockchain? – a basic guide

What Is Software Outsourcing and How Much Does it Cost?