Webinar: The future of e-health: your guide to medtech development – watch the recap 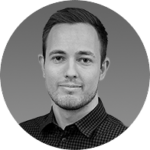 The choice of technology for building an API is probably one of the most discussed and contested issues among backend developers. Each and every technology has its good and bad sides. Some younger, some older, but all of the ones that keep up with the times are doing their best to offer the best possible solutions. Not always the latest is the best, inasmuch as what’s oldest is not always useless and forgotten in today’s IT.

Each popular language and each popular library is and will keep developing as long as there are people willing to use it and spend the time and effort to keep them up to date.

Why is it so important for an emerging startup to choose the right tech?

For every entrepreneur, big or small, minimizing costs is a priority. Some look for savings from the get-go, others look a bit further into the future. Recent years are seeing a multitude of new web technologies, that quickly gain popularity. The customers favor the latest and most cost-efficient solutions, but many do not realize the full consequences of their choices. Very often taking the latest market trends as a guideline, we will find marketing tricks overshadowing the real value (or lack thereof) of young, emerging technologies.

When comparing the latest developments in technologies it would seem like they are all hot right now. Craftily designed charts and statistics can make a real difference in marketing, but often mean very little in terms of true value or real-life application.

Making the right decision is quite important if we don’t want to end up with a tech which will make us eventually have to rewrite the whole app using something more applicable. Often rewriting from scratch makes more sense than trying to save a sinking ship.

Each new technology in its infancy battles the issue of unexpected errors. Eventually, patches are released to fix them, but there’s nothing more annoying to a programmer than errors in the framework code and waiting for fixes.

Young, emerging technologies usually gather a fairly small amount of early adopters, resulting in long waiting times for updates and fixes. Once the technology gets tested by a larger group of users, the errors are identified much quicker, and it’s easier to find solutions to issues.

The smaller the community, the slower the development of technology. New libraries appear slowly. Another problem occurs when we decide to use a certain library and in time a new, better one appears, or the one we chose is not supported anymore. We will need to introduce changes, and this will surely incur additional costs.

Falling behind the latest trends increasing the speed of development, use of older technologies makes our apps safer

Your product might be just right for today’s market, but if created in a retiring technology, you might have a problem finding a good app developer to further work on it in years to come.

We put our bets on Java and Spring Framework. Why?

Java has been around since 1995. Some see this as a disadvantage, calling Java an outdated technology. It’s worth keeping in mind that today’s Java has very little in common with its initial versions of years ago. New revisions are released every six months and the language itself became a foundation of new solutions. 2002 saw the rise of Spring Framework for creating applications.

Up-to-date it is still the most popular Java framework out there. You can find out why that is here. Frameworks like Struts, GWT, Vaadin or Grails are dying out due to the falling interest of developers. In 2012 Spring Boot, a component of Spring Framework was created, leaving the competition way behind. How about other languages and frameworks for them?

“We have looked at ten of the best-known Node.js frameworks that are available today and have seen that all of them have their strong points. So, how to make the right choice for your project?

Naturally, you should start with the type of project; analyze its specifics and the way they can be matched by each of the frameworks.”
https://da-14.com/blog/10-best-nodejs-frameworks

“Which PHP framework is the best? Each framework has pros and cons and every developer has different coding styles and preferences. We hope you find a framework on our list that is valuable to you and your team.”
https://stackify.com/php-frameworks-development/

As you can see, the choice is quite extensive, as new alternatives pop up pretty much constantly. This is where Java and Spring hold their advantage – they are a sure choice when you need a guarantee that you won’t need to rewrite your app in a few years. In JavaScript world, new stuff that quickly gains popularity comes out all the time. AngularJS appeared relatively recently but is already seeing a decrease in popularity to React. There’s still a chance for one of them to hold a position among top frameworks, but we have no guarantees.

No other programming language has a community bigger than Java. About the only way we can measure the popularity of a programming language is by looking at the search engine statistics for keywords and components related to those languages.  The TIOBE index gives the following results:

Java leads the way with the highest interest in open-source repositories and the number of programmers. Some of this success can be due to the fact that Java is taught as standard at universities, increasing its popularity even more by acquainting next generations of developers with it.

A lot of Java programmers

Most IT job offers out there target Java programmers. The language has been used in programming across many businesses sectors – healthcare, banking, logistics, IT.

The choice of technology to base your application in is no easy one. It’s important to look at the size of the community of developers, as well as the pace in which the interest in given technology grows. When you want savings, you will choose a relatively “young” and popular language. Following trends can be tricky though. As a software house, itCraft bets on stability to ensure our clients get appropriate support for years to come. Even though Java programmers are not cheap, the investment more than pays off in a broader perspective.

How do you trust technology in Healthcare – Ada application