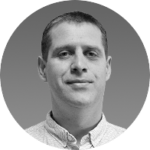 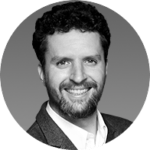 React Native has been seen as a rising star of mobile app development frameworks. It is cross-platform, attractive, popular, and seemingly time and cost efficient. Some would even go as far as to say it’s on its way to overtake  the preeminence of native development.

To know which one to put your money on, we are going to need to line up our contenders, and take a good look at each one’s strengths and weaknesses. Betting blind might cause you to shoot yourself in the foot.

There are considerable advantages here. First of all, native development has been around long enough to have seen all the wannabe ‘flash-in-the-pan’ competition come and go. Native development will be here long after the next cross-platform hero comes along.

All the native apps running on the billions of devices across the globe will need updates, new versions, bug fixes and development. New native apps that are developed today will require native support throughout their lifetime meaning native developers will always find work.

Crucial support from the platform providers, both Google and Apple, gives native technology the advantage of being dependable. Being a mature, evolved technology has put it a few steps ahead of all the cross-platform competitors. The same goes with security as native use the full power of hardware to process necessary tasks and provide reliable data protection.

Specialized for specific systems, easier to work with

A dedicated platform allows writing lower level code, giving better control over the environment. The written code is much easier to debug, analyse and troubleshoot. All this because native development is system specific and, say iOS developer doesn’t have to worry about compatibility with any other system than iOS.

Any issues that arise are much easier to identify by dedicated native developers as all they only have to address a single system. There are, of course, various versions of the system, types of devices, but at the core, they are all based on the same working principles.

Apps written in dedicated native technologies offer superior quality of User Experience. Separate UX design for each platform ensures that the “feel” of the app is natural to the environment it’s running on.

When talking performance, native development,again leads the race. Native programming allows the capabilities of both the device and the system it’s running to be fully utilised. You get access to the highest attainable framerate, speed, computing power, graphics support etc.

Large communities of developers around the world

Both iOS and Android native technologies are mature, sport huge developer communities and give access to a vast knowledge base as well as a wide palette of tools and solutions. Also, it is easier to find relevant information and ask other experienced developers to learn from their mistakes instead of trial and error.

All the above make native development the preferred choice for large scale, big brand mobile services like Facebook, Snapchat, and the majority of banking apps. Fully dedicated solutions, due to high quality and superior performance are still the weapon of choice for demanding customers looking to develop their apps for B2C or C2C purposes.

Native development is not the solution for the penny pinchers of the world. Money is generally the #1 reason to think about alternatives. Developing two separate native apps for iOS and Android requires establishing two specialised teams of developers.

A project using native technologies is challenging to coordinate and manage. As most developers today work in some form of agile methodology, collaboration with the client is required throughout the project. When dealing with essentially two development teams, getting your head around being a product owner can be tricky.

iOS and Android apps have at the core 2 completely different source codes, which means that not only is the initial mobile app development more complex, but also the ensuing maintenance, updates and servicing of the software requires considerably more resources. That means that it is very time-consuming to develop two high quality, tested products. Two separate technologies will influence all the stages of the app’s lifecycle.

Native is an easy choice if you’re developing an app with high performance and quality requirements. It’s the way to go if your budget allows for it and you can afford to spend a little extra time waiting for the project to be completed.

If you’re thinking of cost savings over stellar quality and performance, then read on.

React Native for your mobile app

The rise in popularity in React Native as a cross-platform technology has not been unwarranted. Invented using Facebook’s technology, it has seen significant growth, and over the last couple of years the community support and Facebook’s commitment to its development, has made it a significant competitor to native development.

React Native’s advantages stem mostly from the fact that it is a cross-platform technology. Meaning, the source code is processed and rendered into native Android and iOS components. Although this carries consequences in both quality and performance, it allows the same source code to be used to make apps for both platforms. For developments where cost and time are priorities, React Native offers increasingly more attractive options.

From a technical perspective, React Native development allows the use of one framework, and one source code, to build apps for Android & iOS apps. Apps produced are real native software. Simply put, whether building an app for Android, iOS or both, this framework can be used to create the same source code, which is then rendered (translated) into corresponding native components.

The results of a developer’s work in React Native can be monitored in pretty much real time, without the need of compiling the code. Hot Reloading allows changes in code to be seen straight away, without building the app.

Currently, the cost associated with creating an app can be reduced by 25-30% when choosing React Native. The savings come from having just one development team instead of two. This means easier project management and more control over uniformity of the production.

It also means there is no difference in the speed of work. Two teams – iOS and Android will never work at the same pace, while in React Native, the progress is always at the same rate for both platforms.

No differences between IOS and Android

The main aspects and ultimately the real value to the end user of creating an app is the User Experience and User Interfaces. With React Native the app’s interfaces are rendered into fully native-looking components, which makes the feel of the app identical to those made natively for either iOS or Android (e.g.  https://facebook.github.io/react-native/docs/alert).

The rapid rise of React Native

Although a relatively young technology, React Native’s palette of tools and ready made solutions is quite impressive. Facebook, the creator of the technology, is also continuously contributing to its development. The tech’s popularity has seen considerable growth and is fuelled by the demand for the ultimate cross-platform language. The community of developers has expanded rapidly, software houses have created React Native teams, all while clients look to take advantage of the potential savings.

Although not yet an all-round solution, React Native has proven itself to be capable in a range of uses. It’s a good choice for some B2B applications, software used for internal processes in companies, apps containing forms, or those with dynamically generated views.  You can also check top applications built with React Native.

Apps that need to be developed quickly and cost efficiently will also find React Native to be an attractive option.

React Native is not for everyone. Being a relatively new technology carries with it certain deficiencies.

Cross-platform development means compromising on quality and performance. Native apps are able to utilise full capabilities of the dedicated systems and devices, while React Native apps are slower and struggle with high performance requirements. Not a preferable choice for apps that run heavy animations, and definitely not games.

Although it has more and more support, it’s young age makes it subject to ongoing changes and improvements, and any errors in React Native take time to address or require developers to come up with custom solutions or workarounds.

A native developer is required

Sometimes, a component needs to be included that must be created in a native technology. Although native blocks can be incorporated into React Native code, they still need to be created by iOS or Android developers. This complicates the process a little as you need a native developer to join the team, and you potentially have to manage three code bases, which may defeat the purpose of choosing a cross-platform technology in the first place.

Non-native code can make it complicated to address some device-related app issues. Dedicated native software’s errors are easier to identify and fix, but with React Native apps the analysis and correction is more complex.

As the technology is still relatively new, a lot of components need to be built from scratch, and the choice of available, ready-made React Native frameworks is not so rich.

All in all React Native is a maturing and valuable alternative to native development. Native development still leads the race when the priority is top quality and performance. The advantages of dedicated software are not in question at present.

React Native’s growing popularity should not be underestimated though. For certain purposes, like B2B services it seems a better option. Better price and shorter development time  add to its attractiveness.

While native development is set to keep its prime position as a development option for quite a while longer, more and more aspects of React Native are painting a picture of an emerging underdog that may surprise in the coming years with catching up with the leaders. That raises the question of how React Native compares to Flutter, but that is a discussion for another time.

If you would like to learn more about Cross-Platform and Native development, check out our free ebook, a comprehensive guide on these development methods. Whether you are running a startup or you are a seasoned CTO in a large enterprise, you will find tons of useful information that will help you decide what technology to use in your next software project. Check out our clients’ success stories and opinions on both these options and decide which one is best for you.