Google, as one of the technological giants from Silicon Valley, is constantly working on innovative solutions. Their impact on today’s internet is undeniable. We cannot imagine looking for something online without asking Google for help. Right now, the situation is quite interesting. If you are waiting for a big reveal, don’t. The new revelation from Google is already here, and although some of you might not know about it, the leading search engine will be investing their time, effort and money in their new operating system, Fuchsia. Together with Flutter, a beloved cross-platform framework released a few years ago. Will they revolutionize the world? Let’s find out.

What’s up with Flutter?

Our favorite technology when it comes to building robust multi-platform applications. We know for a fact that it is loved not only by our team. Many software houses appreciate Flutter for its capabilities, high-quality results and efficient coding. Google knows their framework is one of the leaders, even though it’s relatively fresh. Since its release in 2017, it became the primary development tool for many established brands and smaller companies. That’s why Flutter’s creator is constantly supporting it with new updates and additions. In March 2021, Flutter 2 became a reality, and now it offers even more comprehensive cross-platform programming for not only mobile devices but also web and desktop.

Why is Flutter so popular? Basically, it provides almost native effects with just one codebase. An app written with this framework works nearly the same on iOS, Android and other platforms. UIs built with Flutter widgets look and work splendidly, and the hot reload feature allows coders to see changes immediately, promoting effective programming. Both developers and clients appreciate this technology. No wonder Google puts so many resources into it.

So what is Fuchsia?

In recent years, no one wanted to build a new operating system. It seemed unnecessary, as big players dominated the market. Mobile devices are caught in a duopoly with iOS and Android. Computers usually run either on macOS, Windows or Linux. Many people think that there is no space for another platform. Google has a different opinion whatsoever.

In May 2021, Fuchsia OS came to life. A project that began in 2016 was released, and the creators assumed it would revolutionize the online world. This open-source technology is built from scratch and extracts all the advantages from Android and Chrome OS. It will work on all devices, including mobiles, laptops, tablets, wearables and, most importantly, IoT.

Predictions are strongly focused on that last part, as industry experts claim we are entering the era of smart hardware that will become a standard at homes, offices, and public facilities. The microkernel created by Google to be the heart of Fuchsia OS is an alternative to Linux that propels, for example, Android OS.

Read more about Fuchsia in our article: What is the new Google Fuchsia OS? We explain in it how the new OS works, how it is constructed and what it can offer.

Flutter and Fuchsia = a perfect match?

One might wonder, what is the connection between Google’s cross-platform framework and their new operating system. The explanation is quite easy. Flutter allows developers to build apps with just one base of code. They work perfectly on various platforms, and it won’t be different in case of Fuchsia. Google is actually endorsing Flutter as the main technology to build Fuchsia applications and user interfaces. Will Flutter-based software be the core of Fuchsia’s IoT products? That’s highly possible.

That’s why it’s so popular among developers. Their support, together with Google’s, makes it so prominent. According to Stack Overflow’s yearly report, it is now the third most loved and fourth most wanted technology. As a cross-platform framework, Flutter can work on everything, from smartphones and computers to smart fridges, self-driving cars and voice assistants like Amazon’s Alexa.

Google plans to install Fuchsia in numerous IoT devices in the upcoming years. Flutter will be a big part of that plan. Since many software houses already use this framework on a daily basis, quick app implementation on a new system will definitely be possible. That will kickstart many companies’ presence on Fuchsia OS. Of course, mobile apps will remain an integral part of our lives, but we cannot ignore the growing importance of other digital devices that more and more people purchase to make their lives easier and more convenient.

Fuchsia OS will probably not replace other platforms just yet. But if Google’s plan will work, it just might become one of the leading players that will shake the solid foundation of our online world. Just like Flutter did a couple of years ago with software development. Google proved not once that they know what they’re doing, and their goal is to conquer all sectors of the digital industry.

Is investing in Flutter apps a good idea right now?

Definitely! If you reach out to a web and mobile app development company with your idea, they will likely recommend Flutter as one of the possible solutions to build your digital product. Even though Fuchsia OS is not widely used yet, you will already have a competitive advantage when it spreads out. Until then, your Flutter app can be the revenue source for your business.

If you want to know what our specialists think about Flutter’s future, check out this article: The State of Flutter at itCraft | Our CEO’s vision on the technology in 2021. You will learn why we invest in Flutter and how it can benefit your company in the long run.

Fuchsia OS is a promising operating system that might enter our mobile phones and IoT devices in the upcoming years. Flutter is an already recognized and appreciated cross-platform framework trusted by established brands and smaller companies worldwide. Together, they create a perfect technological duo. Soon, they might become a standard, but time will tell if that’s the case.

Right now, we think that developing apps in Flutter can be a good idea, especially if the product doesn’t require advanced native features. When Google’s Fuchsia finally gets its recognition, we will invest our time in learning how to build robust, high-quality products dedicated to this operating system. All Flutter apps will be adjusted to it, as well. You can reach out to itCraft at any time and let us know about your IT needs. We will deliver according to your business goals.

Top 14 Flutter App Development Companies
Staff augmentation – a new way of outsourcing or just a new word for it?
What is a mobile app? 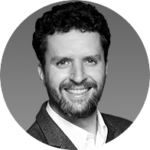 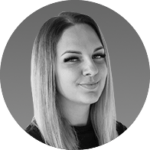 Top 11 best WordPress alternatives – which ones to use?